Julian Kytasty is perhaps North America’s leading exponent of the Ukrainian bandura. The bandura is a harp-like lute, and for hundreds of years bards known as “kobzars” (another name for bandura is “kobza”) traveled the towns and villages of central and eastern Ukraine earning a living playing the instrument while singing dumy (epic songs), religious hymns, humorous songs and instrumental dance tunes.

In earlier times, kobzars were court musicians in service to the ruling Cossack hetmans. But with Russian domination over Ukraine in the eighteenth century, the hetman administrative system declined, and the kobzar profession was mainly left to the blind and handicapped. However, even with this diminished status, there were a number of kobzars recorded by history as artists of great repute.

As we sat in the restaurant of the Ukrainian National Home on Second Avenue in Manhattan’s East Village, over heaping hot plates of varenyky (dumplings) and kasha varnishkes (buckwheat groats with bow-tie macaroni), Julian told me how his grandfather and great-uncle were of the last generation to hear the traditional kobzars, who were rare by the first decades of the twentieth century, and how the experience inspired them to learn bandura and participate in a new musical genre that was becoming popular in Ukraine—the bandura chorus.

Though rooted in the art of the traditional solo kobzar, bandura choruses with many singing bandurists were an innovation that first developed in the early twentieth century from interest by urban intellectuals in the ethnographic study of peasant folk cultures. It’s a similar impulse that drove Bartok to study Hungarian folk music and use traditional melodies in his compositions. The first choruses were amateur ensembles, and almost always all male. However, soon professional-level musicians, though the instrument was not taught in Communist conservatories until the 1960s.

Born in Kobeliaky, a town in the Oblast (administrative district similar to a county in the U.S.) of Poltava, Julian’s paternal great-uncle, Hryhory Kytasty, developed into a top-rate professional bandurist and his brother Ivan (Julian’s grandfather) followed him into the prestigious State Bandurist Chorus based in the capital Kyiv.

The Chorus toured extensively right up until the Nazi occupation of Kyiv. In the Winter of 1941-1942, the Nazis created an embargo of all food supplies to Kyiv. Many of the younger members of the Chorus were mobilized into the Red Army and died during the war. During this time the Chorus disbanded, but a reconstituted version that included some of the older members (like Hryhory) wandered the outlying villages playing concerts for foods until a crackdown by the Gestapo in 1942 sent the entire ensemble on cattle cars to a labor camp in Hamburg. Julian’s father, Peter, all of fourteen years old at this time, joined the ensemble and this probably helped him escape the massive deportations of Ukrainian teenagers as slave laborers in the Reich’s factories.

While the German camps were liberated by Allied troops, thousands of Ukrainian captives were left to spend years in DP (displaced persons) camps, it was not until 1949 that Western governments began to accept refugees from the camps. Despite the bleak existence, interred DP’s created cultural institutions within the camp. The family of Julian’s mother Lydia Korol, from Sumy, an industrial city in northeast Ukraine, participated in a professional-level vocal choir that performed at various camps.

It is an amazing story that practically the entire Chorus was able to emigrate en masse to Detroit in 1949, renaming itself the “Ukrainian Bandurist Chorus.” Detroit was a booming city then, with the automotive industry creating thousands of jobs for new immigrants. To this day, the Chorus is quite active, performing for Ukrainian communities throughout North America, and frequently issuing recordings.

Julian’s father Peter came to Detroit at age 21. He studied music at Wayne State University, before being drafted into the Korean War. Though he never served overseas, he used his GI bill to get a degree as a civil engineer and worked for the Army Corp of Engineers. Peter and Lydia married and started a family—Julian, born in 1958, is the oldest of four children. The family had an active musical life together in Rouge Park on the west side of Detroit, which was then a fairly integrated working-class neighborhood.

The Kytasty family was a leading force in the Ukrainian-American music scene. Julian’s great-uncle Hryhory was renowned as a major composer, pedagogue and soloist with the transplanted Ukrainian Bandurist Chorus. Julian’s earliest musical memories are of singing in a choir alongside his parents that was conducted by his grandfather, Ivan, in St. Mary’s Ukrainian Orthodox Church. His first experience playing bandura was at age eleven in a church basement off of Detroit’s Michigan Ave., instructed by his father and grandfather.

Additionally, Hryhory’s stepson Victor Kytasty, created bandura summer programs that became one of the major training grounds for Ukrainian-American children to learn the instrument and repertoire and participate in youth choirs. In 1979, Julian was one of the founders of the first summer camp dedicated to bandura instruction in Emlenton, Pennsylvania. Julian recalls one of his great formative experiences working with Hryhory as a teacher at Emlenton and other summer camps.

After attending the University of Michigan in Ann Arbor, where he majored in Modern European History, Julian came to New York in 1979 to teach a workshop at the New York School of Bandura, above the Veselka Restaurant on Second Avenue. He fell in love with the city, and accepted a position as musical director of the school, which was founded and directed by Nick Czorny. Julian also taught lessons throughout the metropolitan area, and performed both as a soloist and with the school’s ensemble at various community events—including street festivals, Schevchenko Day (commemorating Ukrainian national poet Taras Schevchenko) and Christmas pagents.

In the early eighties, Julian made his first musical forays outside of the Ukrainian community, touring the U.S. with Ken Bloom, a musician/luthier who plays bandura and is best known as a revivalist of the American bowed dulcimer. From 1982-84 Julian founded and directed Echo of the Steppe, an innovative 16-member bandura chorus that featured both men and women singing in four-parts: soprano, alto, tenor and bass. The members, all in their late teens or twenties, were very dedicated and the ensemble practiced six to seven hours every Saturday. In 1984, just after Hryhory’s death, Julian put together a concert at Town Hall that featured one hundred and twenty five bandura players.

The Ukrainian community on the Lower East Side started to decline during the 1980s, as the last children of the DP Camp generation had grown up and moved out to the suburbs. The school, now renamed the New York Bandura Ensemble, looked for new programs to augment its reduced student base, and this led to another remarkable experience for Julian.

A consummate entrepreneur dedicated to Ukrainian cultural preservation, Nick Czorny saw opportunity in an unlikely place Ukrainian settlements in South America. Through successive waves of immigration since the late nineteenth century, over 500,000 Ukrainians had settled in urban and rural communities in Brazil and Argentina. To this day, there are many small isolated villages in Brazil and Argentina that retain the Ukrainian language and folkways.

Czorny raised money to send banduras to Ukrainian communities in cities such as Buenos Aries, and later Julian followed as a sort of bandura missionary on a series of expeditions. In small villages, Julian would often pull up in a van unannounced and villagers would ring church bells to put out the word that a visitor from America was in town to perform a concert. Often the impromptu concert would take place right on the steps of the church and Julian recalls villagers arriving barefoot so as not to wear out their shoes which they would put on for the concert. Not surprisingly, the old kobzar repertoire was the most warmly received in these settlements, familiar to immigrants who had left the homeland prior to the development of modern bandura canon. Julian was able to conduct field research within the villages, and met musicians and singers who retained old repertoire.

In 1989-1990, Julian, along with fellow bandurist Victor Mishalow and tenor Paul Pysarenko, became one of the first U.S. musicians to tour Ukraine, where as he puts it “enough of the old system was in place so that we could have a tour, while enough of the old system had fallen apart so we could play what we wanted to.” The reception was phenomenal, as the trio played many communities never before visited by Americans. Over one hundred concerts took place in Philharmonic halls and community centers throughout Ukraine.

In the late 1980’s and early 1990’s Julian left New York to direct the music program at St. Vlad’s College, a Ukrainian boarding school in Roblin, Manitoba, teaching several different ensembles including bandura choir, and leading the College performing ensembles on tours. He left the College to complete a music degree at Concordia University in Montreal, and then moved to Winnipeg with his wife to teach at the Ukrainian Orthodox Seminary.

Sadly, the marriage did not work out and Julian moved back east to begin his second New York phase. He soon worked with the Ukrainian Arts and Literary Club to start a start the Bandura Downtown Series at the Mayana Gallery in the East Village. The series provided a creative environment that fostered the genesis of the Experimental Bandura Trio featuring Julian alongside his star student Jurij Fedynskyj as well as Michael Andrec.

Julian formed another innovative ensemble through a long-distance musical collaboration with Winnipeg-based singer Alexis Kochan. According to Julian, their groundbreaking ensemble, Paris to Kyiv, now over a decade old, “takes interesting and deep cultural material to create open ended arrangements that allow for inputs by musicians from other traditions.” To date, Kochan and Kytasty have collaborated on three Paris to Kyiv albums, along with Canadian jazz violist Richard Moody, British Isles multi-instrumentalist Martin Colledge, Ghanian-born conga player Evans Coffie, Bulgarian-born bassist Nenad Zdjelar, as well as a couple of French Canadians: Gilles Fournier (bass) and Chris Dugas (drums). Paris to Kyiv regularly tours North America, and last fall even made it as far north as Iqaluit, the capital of the Canadian territory of Nunavut.

As a testament to his musicianship, creativity and willingness to experiment, Julian is often sought out for collaborations. He and Moody won a Blizzard Award from the Manitoba Motion Picture Industry Association for their work scoring John Paskievich’s documentary “My Mother’s Village.” Additionally, Julian has created five scores for modern dance with choreographer Katja Kolcio, and has performed and recorded with the noted Chinese pipa player Wu Man, as well as the late guitarist Derek Bailey, a leading innovator of free improvisation.

But despite all the touring, Julian is still dedicated to working with the New York Bandura Ensemble, as well as teaching at summer camps. He gets much pride in seeing former students develop mastery of the bandura tradition, Fedynskyj of the Experimental Bandura Trio (now living in Kyiv) and Nadia Tarnawsky of Cleveland being prime examples. 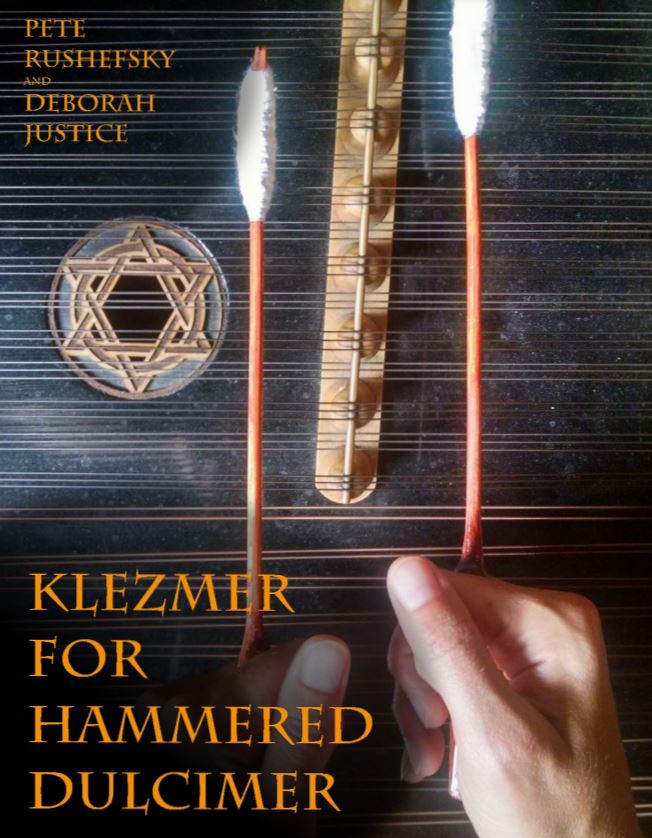 The Kritya School of Dance starts its Spring Semester! 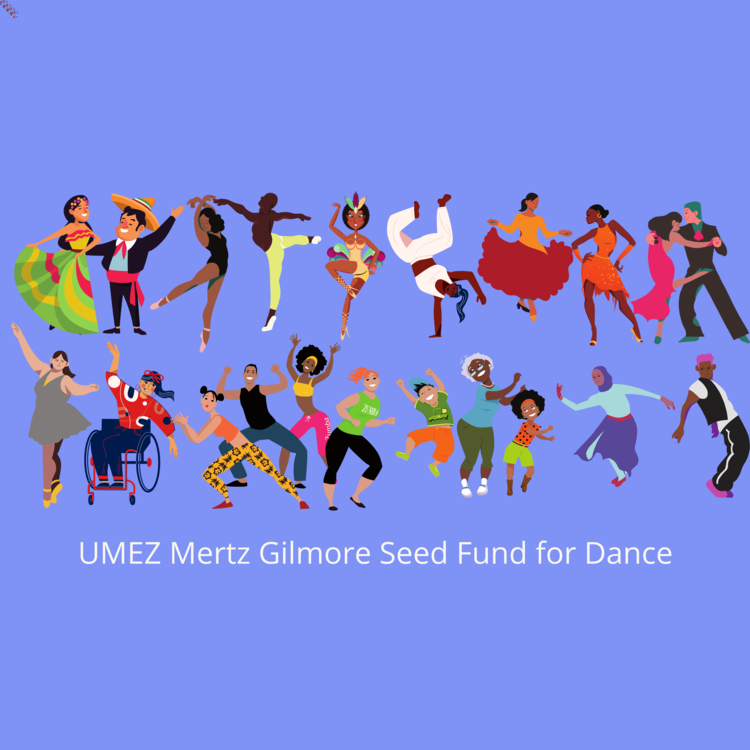 Apply to the UMEZ Mertz Gilmore Seed Fund for Dance!