In recent years, there has been rapid growth in the numbers of ethnic Himalayan immigrants settling in the USA, particularly in New York City. More than 40,000 people from various Himalayan regions have settled across the five boroughs, turning New York into a new microcosm of Himalayan diversity. In this context, the term “ethnic Himalayan” refers to people who hail from Tibet, Nepal, Bhutan, and northern “hill regions” of India such as Sikkim and Ladakh.

Unfortunately, many Himalayan children in New York have only limited access to educational platforms through which they can learn together about their languages, cultures, and ways of life. In NYC’s diversified melting pot, our languages, cultures, and therefore identities are at risk of becoming extinct, if necessary initiatives and actions are not taken. If we truly care about preserving our cultures and languages, then we need to provide our children with a platform through which they can learn and share about our unique Himalayan cultural practices and identities.

Thus, we initiated the Himalayan Language and Cultural Program. This program is designed to create an environment in which all children from the Himalayas can explore and become acquainted with their own languages and cultures together. Our goal is to provide opportunities for these children to engage in preserving, promoting and sharing our rich cultures and languages. We provide introductory Tibetan and Nepali language classes in a small-group setting with native speakers who have experience teaching these languages in the U.S. In addition, students learn traditional Himalayan songs, dances, and instrumental music. We are supported by the Endangered Language Alliance to do language documentation and archiving, and by the Center for Traditional Music and Dance for arts educational programming.

The Himalayan Language and Culture Program teaches classes every Saturday morning from 9am- 12pm, at 8302A 3rd Floor, Broadway, Elmhurst, NY 11373. Unfortunately we have temporarily closed due to pandemic. We look forward to reopening and resuming our services once the pandemic ends.

In response to the COVID-19 pandemic, we are offering free intensive online Tibetan folklore song classes to Himalayan students ages 6-18. Classes will be offered twice a week for three weeks, from August 2nd to August 20th, on Sunday and Thursdays at 11am-12pm and 1pm-2pm. To register or for more information, call 857-277-2405 or email contacthlcp@gmail.com.

With this initiative, we hope to help the younger generation of Tibetan immigrants in NYC connect with their musical and cultural heritage from Tibet. Students will learn not only songs and music, but also diverse social histories and cultural aspects of Tibetan folklore and traditional community life. Students will also expand their Tibetan language skills by learning songs in Tibetan, including highly stylized, poetic classical song texts.

We will teach Tibetan children’s songs to the younger students, and nangma (ནང་མ་) and toeshey (བསྟོད་གཞས་) songs to the senior students.

Nangma and toeshey are considered the two classical song genres of central Tibet. The poetic song texts may have several themes, but most often refer to Tibetan Buddhist imagery and morals, and are typically written in by high lamas (Tibetan Buddhist teachers and leaders). The most famous nangma and toeshey poetry was composed by His Holiness the Sixth Dalai Lama Tsangyang Gyatso (1683-1706).

Though the definitive origins of nangma are unknown, it is thought that the genre has its origins in Central Asia in the 17th and 18th centuries, and was brought to Tibet by traders and other travelers from Kashmir, Persia, and Turkistan. Many nangma composers and performers were Tibetan Muslims living in Lhasa, Tibet’s capital city. Nangma songs are performed by one or more singer-dancers, accompanied by an instrumental ensemble which features Tibetan lute (dranyen) and hammered dulcimer (gyumang), and may also include flute (lingbu) and two-stringed fiddle (piwang). Most nangma songs begin with the same instrumental introduction, are performed at a medium andante-like tempo, and feature elegant and stately melodies. 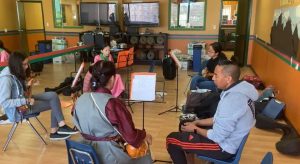 The origin of toeshey dates back to the early twentieth century, when Lhasa musicians adapted folk dance songs from the western Tö region of Tibet to the nangma musical style and performance setting. In contrast to nangma, toeshey songs are generally more upbeat, with a faster tempo and more lively melodies and rhythmic patterns. Toeshey songs are usually performed as group dance-songs, accompanied by the nangma instrumental ensemble. Songs begin with a standard toeshey instrumental introduction, and conclude with an energetic tap dance.

Traditionally, nangma and toeshey were performed by professionals and amateurs in intimate settings throughout Lhasa, from formal house parties for government officials, to more casual gatherings among servants and other working families. Today, these genres are taught at the Tibetan Institute of Performing Arts in Dharamsala, India (www.tipa.asia), and are often performed at Tibetan ceremonies and holiday festivals across the world. 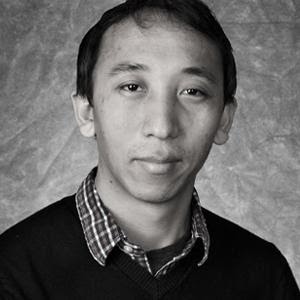 Nawang Tsering Gurung (Program Director): Nawang Gurung is an independent researcher and community activist, who works with local Himalayan communities and scholars to document languages, culture, social histories, and histories of migration. Gurung was born in Ghiling, Mustang, pursued studies in Nepal and Boston, and is now located in New York City. He has worked for many projects and organizations such as the New York Tibetan Service Center (NYTSC) and Voices of the Himalayas/ELA. He is widely published on the topic of his native culture, works as a translator, has been involved in documentaries, and organizes cultural tours. Currently he serves as an advisory council for Rubin Museum. He also runs Himalayan Language and Cultural Program (Introductory Tibetan & Nepali class) under the fiscal sponsorship of Endangered Language Alliance every weekend for the young Himalayan American children to learn their language, culturals songs and dances. Find out more about his work at www.nawanggurung.com.

Sonam Lhamo (song, dance & music director):  Sonam Lhamo was a performer for the Tibetan Institute of Performing Arts. She is dedicated and passionate about Tibetan cultural preservation, with the youth in particular; she teaches Tibetan songs, dances and music classes at Himalayan Language and Cultural Program which meet every Saturday since the beginning of 2020. Her contribution will be very meaningful because her dance and music classes serve as a medium to engage our second-generation Himalayan-American children in promoting our culture. She joined Tibetan Institute of Performing Arts (TIPA) in 1995 where she studied Tibetan songs, music and dance for five years. She performed in many cities in India and also toured major cities in Switzerland, Canada, France, Austria etc. She also has performed in major States in the United States such as Minnesota, Chicago, California, Boston, Connecticut etc. In New York, she has performed in Lincoln Theatre, Rubin Museum, Javits Center, The Jacques Marchais Museum of Tibetan Art etc.  She plays dranyen (lute), gyumang (hammered dulcimer), and has been teaching Tibetan song, music and dance teacher since 2001. 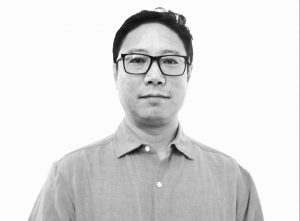 Yeshi Jigme Gangne (Tibetan language head teacher): Yeshi Jigme Gangne taught Tibetan history in Varanasi for 4 years; he also taught Tibetan language and literature for a year in University of Michigan and a year in Ohio State University. He worked at Google, New York as a manager of Tibetan projects. After graduating Shastri from Central University of Tibetan Studies, he joined Tibet House, New Delhi as an editor of Encyclopedia Tibetica. He edited the collected works of Bodong Panchen, consisting of 138 volumes and each volume contained approximately 750 pages. This was a project supported by His Holiness the 14th Dalai Lama. In 2010, he graduated Acharya and continued to do a Ph.D on the 13th Dalai Lama (1876-1933). 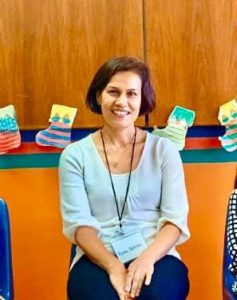 Ms. Prava Adhikari (Nepali language head teacher): Prava was born and raised in Kathmandu, the Capital city of Nepal. She is fluent in Nepali, Hindi, Newari, and English. She received a MA degree in Humanities and Social Science from Tribhuvan University in Kathmandu, Nepal. She has worked as a language coordinator and a cross-cultural trainer for the Peace Corps in Nepal and the Pitzer College Study Abroad Program, sharing insight into Nepali culture, customs, and values. She has developed a Nepali language curriculum for Himalayan-American children and teaches them lessons.